Since 2005, Covering The Copyright and Consumer Electronics Industries, Including DRM, Blockchains, Digital Watermarking, Digital Fingerprinting and Related Technologies and Topics.

New patents are issued by the USPTO on Tuesdays. Both of today's Spotlight Patents concern aspects of digital fingerprinting. Assigned to Averon, the first patent addresses techniques for verifying a user based on digital fingerprint signals derived from out-of-band data. Assigned to Nielsen, the second patent addresses techniques for flagging advertisement frames for automatic content recognition.

New patents are issued by the USPTO on Tuesdays. This week's Spotlight Patents concern aspects of digital watermarking and digital fingerprinting. Assigned to Disney, the first patent addresses techniques for descriptive metadata extraction and linkage with editorial content. Assigned to Boeing, the second patent addresses techniques for generating a fingerprint for verification of a reference object.

New patents are issued by the USPTO on Tuesdays. Both of this week's Spotlight Patents concern aspects of digital fingerprinting. Assigned to Silveredge Technologies (IN), the first patent addresses techniques for hardware agnostic detection of television advertisements. Assigned to Sorenson Media, the second patent addresses techniques for fingerprinting media content using hashing.

New patents are issued by the USPTO on Tuesdays. Both of today's Spotlight Patents concern aspects of digital fingerprinting. Assigned to Gracenote, the first patent addresses techniques for media channel identification and action with multi-match detection based on reference stream comparison. Assigned to Enswers (KR), the second patent addresses techniques for an advertisement detection system and method based on fingerprints.

New patents are issued by the USTPO on Tuesdays. This week's Spotlight Patents concern aspects of digital watermarking and digital fingerprinting. Assigned to Nagravision (CH), the first patent addresses techniques for embedding a watermark in uncompressed video data. Assigned to Gracenote, the second patent addresses techniques for inserting advertisements and/or other supplemental or replacement content into a stream of video content.

New patents are issued by the USPTO on Tuesdays. Both of today's Sportlight Patents concern aspects of digital watermarking. Assigned to RPX, the first patent addresses techniques using watermarking for advertisement detection. Assigned to Thomson (FR), the second patent addresses techniques for detecting which one of symbols of watermark data is embedded in a received signal.

Phillips Acquires The Rest of Teletrax

Phillips has announced that is has acquired the portion of Telextrax, the video content tracking service, that it did not own from former joint venture partner Medialink.

Teletrax was launched in 2002 as a joint venture between Philips and Medialink Worldwide Incorporated (Nasdaq: MDLK). Based on Philips’ digital watermarking, and fingerprinting technologies Teletrax provides clients with services that enable them to precisely track and monitor where, when and how their content is being aired via cable, satellite and terrestrial broadcasting. In 2006, Teletrax partnered with Philips for its Mediahedge service, an end-to-end service platform for identifying, monitoring and monetizing media content on the Internet.

One example of the current discussion regarding ISP efforts to participate in revenue streams based on advertising is this overview article that appeared in MediaPost. Charter and others are looking into ad insertion based on capturing information about the web browsing behavior of their customers.

In the U.S., ad company Charter Communications has said it intends to share information about its broadband subscribers' Web surfing with ad company NebuAd. Bob Dykes, CEO of NebuAd, has said that the platform is anonymous, and that users will be able to opt-out.

The new DRM Video Affiliate service addresses these concerns by using DRM technology to encrypt video content for the prevention of unauthorized editing or copying. Advertisers can also specify the duration and number of times that individuals may view their video ads.

Using DRM to preserve the integrity and identity advertising makes a lot of sense.

It's not clear whether under copyright law consumers can strip advertising from web pages. One legal theory is that the stripped page is a derivative work. Under copyright law, rightsholders can reserve the right to create derivatives for themselves.

As noted, Symantec has dropped the adblocking feature from the 2008 version of Norton Internet Security. The poll results are in: 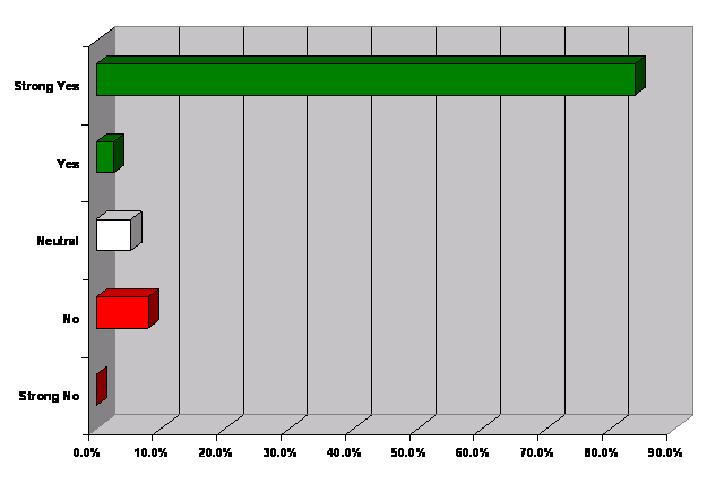 The number of voters is small--37--but the sentiment is clear: restore ad blocking.

Symantec has indicated that it will no longer support the ad removal feature of Norton Internet Security 2008. The poll running in the right hand column will close on the Ides of March, Saturday, March 15th. Please indicate your preferences before then.

The issue of ad blocking has generated a few comments to a previously blogical on the topic. I've posted a quick poll on the subject which should appear at the top of the right column. In a few days I'll let Symantec know of the poll and the results.

In November I reported that Symantec had apparently dropped the ad blocking feature of Norton Internet Security, a feature I depend on.

While at the Consumer Electronics Show last week I asked Cecilia Daclan, Senior Manager, Consumer Public Relations at Symantec about the removal of the ad blocking feature. She agreed to look into the matter and in follow up email, here's what Ms. Daclan wrote:

Here's one vote for Symantec continuing to support the ad blocking feature.

Dennis McDonald posted a comment on my DRM 3.0 blogicle asking, "Did any of the industry folks you talked with say anything about possible privacy implications for "DRM 3.0" applications?" The direct answer is "yes and no."

Privacy issues turn, in my view, on what is done with information relating to user behavior. However, privacy is not the only issue raised by DRM 3.0 models.

Some ISPs are threatening to interdict and prevent the transfer of copyrighted media content (especially if that content belongs to large companies). If ISPs provide user specific information to the RIAA, MPAA, or other stakeholders that then becomes the basis for civil litigation or criminal prosecution, then privacy is obviously a major concern to all.

The blogosphere has been busy discussing recent patent applications from Microsoft and Apple. In many cases, these applications have been discussed as if they had already been issued by the USPTO, which they have not. The Microsoft application addresses techniques for ensuring that advertising in video objects is seen before the non-advertising content is displayed. The Apple application (actually, the second of two this year with similar specifications, the first is this one from January 4th), enables code to be injected at run time into an executable. This technique can be used to bind an operating system or application to a particular hardware or software platform.

As noted earlier, ad stripping is practiced in the US through browser plugins. At least until recently, Norton Internet Security provided a robust ad stripping capability.

Tencent [the operator of QQ] first complained to Mr. Chen in late 2002, saying Coral QQ violated its copyright and warning him to stop distributing it. He did. Mr. Chen then devised a noninvasive "patch" on the program -- a separate piece of software -- that would run concurrently with QQ on a user's computer and modify it as the two went humming along. In 2003, he resumed offering Coral QQ.

In 2006, as it became increasingly apparent that Coral QQ was only growing in popularity, Tencent filed a 500,000 yuan ($68,000) lawsuit alleging copyright infringement against Mr. Chen and won a judgment for 100,000 yuan, which Mr. Chen paid. In early August, Tencent complained to the police in Shenzhen, where it has its headquarters, and on Aug. 16 Mr. Chen was detained. Tencent said Mr. Chen was "making illegal profits and infringing on Tencent's copyright."

Symantec And The Right To Block Banner Ads and Popups

Back in September I noted an article suggesting that Web ad blocking may not be legal. One legal theory is that the recipient of a Web page doesn't have the right to create a derivative work by deleting one or more banner ads.

I noted then that  Symantec's Norton Internet Security 2006 has a very effective ad blocking feature. Now, it seems, that Symantec has removed this feature from the 2006 and subsequent versions. One can only wonder why. Legal advise? Pressure from advertisers or advertising providers such as Google? Don't know.

Here's what I do know. Because the software update feature was failing, I elected to use their removal tool and reinstall the software from the version I had downloaded in 2006. Following installation, the LiveUpdate feature downloads and installs the current files, including software and virus definition updates.

At the completion of this process the privacy feature which blocks banner ads and popup advertising had disappeared, both as user accessible options and in the Symantec supplied Help files.

However, using the Internet Archive's WaybackMachine, the product feature page for Norton Internet Security 2006 from January 1, 2006 has as the last entry in a list of features: Blocks banner ads and popup windows.

For the moment, at least, the story ends OK. I was able to restore the previous version with ad and popup blocking from my backup file (love Acronis' backup software!).

The New York Times announced yesterday that its TimesSelect paid content service for opinion articles will end tomorrow. Instead, the Times will convert to an advertising based model. According to a MarketWatch article, the Times concluded that revenue growth from vertising would be greater than revenue growth from paid subscriptions.

I believe the Wall Street Journal (including Barrons) as the only major mostly paid news source, although a number of financial news sites (e.g., TheStreet.com, MarketWatch) charge for premium content.

As noted, there may be some sort of litigation in the future to prevent people from using browser plug-ins and other tools to remove advertising.

Web ad blocking may not be legal

[tip o'the hat to GigaLaw] A CNET article says that there may be litigation over ad blocking. The article is worth a read.

It doesn't mention security products like Norton Internet Security 2006 from Symantec (haven't looked closely at the 2008 version) which has a very effective ad blocking capability that they acquired some years ago and have developed since then. I understand that other antivirus / security software products also include ad blocking, but haven't looked recently.

Continue reading "Web ad blocking may not be legal" »